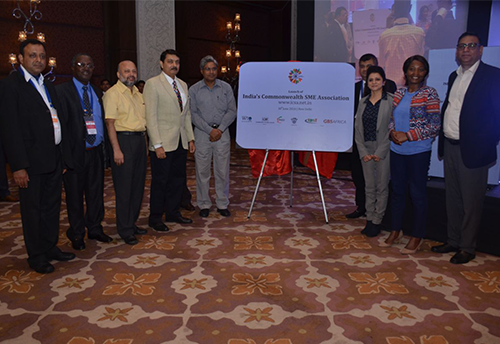 In a first, India’s Commonwealth SME Association has been launched here today by Secretary, Ministry of MSME, Mr K K Jalan, to focus on linking Indian exporters to the suppliers from LDCs.

The Commonwealth SME Association, a joint initiative of industry body FISME and Commonwealth Secretariat, London, would provide a sustainable platform to the SMEs in the Lesser Developed Countries (LDCs) and the region in order to source inputs for their lead products.

Federation of Indian Micro and Small & Medium Enterprises (FISME) would act an implementing agency and coordinator for this platform.

A two-day Trade Symposium on ‘Linking LDCs into India’s Global Value Chain’ was organized on June 29-30 which was attended by delegated from Africa and India. The delegates were from countries including – Kenya, Ethiopia, Tanzania, Uganda, Malawi, Zambia, Rwanda, Bangladesh and Sri Lanka.

Mr Jalan, in his inaugural address, hailed the initiative, and said, “The SME Association can be a good forum for talking about the common issues faced by the SMEs in India as well as LDCs and also ways to address them.” He highlighted that credit availability, technology, skill development and market development are the main issues faced by the SMEs across the world.

Further, he also spoke about the challenged faced while rating the micro enterprises on the basis of which they get access to the credit. Additional Secretary, Ministry of Commerce & Industry, Mr Arvind Mehta, said, “Thought process for giving zero duty market access to the LDCs was the scope for India to form a value chain with them.”

This has led to some good joint ventures and partnerships, he added. On Brexit, Mr Mehta said Commonwealth Secretariat can play an important role to link the Commonwealth countries with UK and EU.

Dr. Rashmi Banga, Head, Trade Competitiveness, Commonwealth Secretariat, London, said, “35 lead products have been identified by the Secretariat for India. Focus on export of these 35 products can increase their export by 125 per cent.” Talking about the key role the SME Association can play, Dr Banga said it could provide India a reliable pool of suppliers from which they can procure. The association can also held in information sharing between India and LDCs and bridge the info gap.

She said the SME Association would also form an Advisory Board of experts for detailed consultation from the stakeholders.

The SME Association and its web-based operation will be a paradigm shift in linking Indian manufacturing sector with the GVC particularly with the suppliers from the LDC countries of Commonwealth. (KNN Bureau)