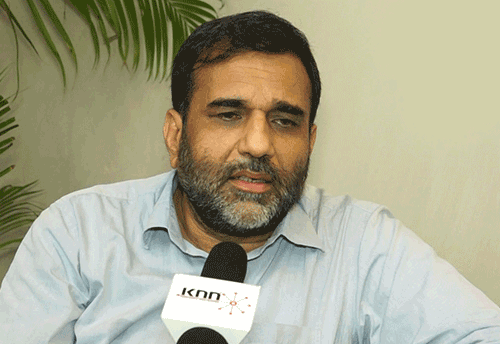 Movement of professionals on a short term temporary basis  for doing business is often confused with immigration, said Additional Commerce Secretary, Anup Wadhawan adding that these issues needs to be addresses as they undermine the scope and potential of economic relationships.

Talking to KNN on the side-lines of India-Commonwealth SME Trade Summit, Wadhwan, who was a Special Guest at the event, spoke about the opportunities that could be exploited with a formal trade agreement between India and the UK in the wake of Brexit.

He said, “Brexit process is underway and once the process is completed and the situation becomes concrete and clear then that would be the right time for such opportunities to be acted upon and exploited.”

“But certainly there is an opportunity in future for a formal trade agreement between India and UK in the near future and in due course logical sought of developments would happen. Right now there is no negotiation as such,” Wadhawan added.

He explained, “Movement of professionals on a short term temporary basis is a key element of all economic ties. Very often it gets confused with the immigration and the entire baggage whether right or wrong that immigration carries with it, tends to get confused with the issue of movement of professionals which is temporary with a pointed purpose related to a business requirement. We must address these issues as it undermines the scope and potential of the economic relationship.”