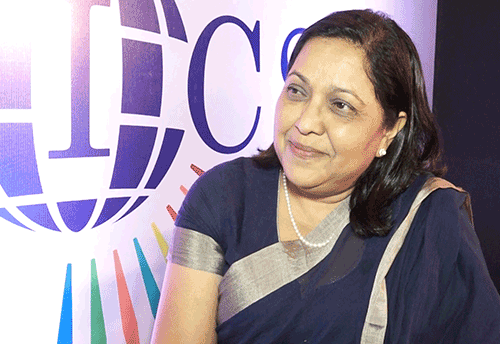 In an interview to KNN, she said, “I think this first CMSME Trade Summit is meant for all the Commonwealth countries to see how they can work together to improve intra-commonwealth trade.”

On India-Mauritius ties, she said, “In the case of Mauritius and India we are already doing quite some trade and we are already looking at developing a further instrument for improving the trade between India and Mauritius. The name of this instrument is CECPA – Comprehensive Economic Cooperation and Partnership Agreement - with India. It has been many many years coming but finally now we have an offer on the table and we are waiting for a response from the Indian side. We do hope that this can happen very quickly. I think to this kind of instrument certainly we could develop better partnership potentials for trade both in goods and services.”

She said most of the focus has been on trade in goods and India being a big universal service provider and Mauritius having quite an expertise in certain service sectors, the two sides can work together on this.

India-Mauritius trade in 2014-15 was worth around USD 1.9 billion. The Indian Ocean island nation is the largest source of foreign direct investment (FDI) into India with a cumulative inflow that has touched USD 111 billion. Mauritius, thus, accounting for 30 per cent of all FDI inflows into India