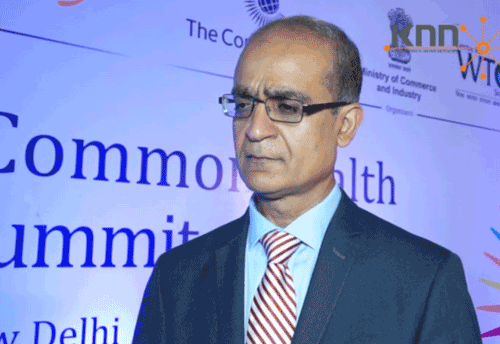 Maharaj was in India to attend the First India-Commonwealth SME Trade Summit which was held in the national capital on May 30-31, 2017

He said the Commonwealth Secretariat is providing specific and concrete support to Tier 4 member countries ranging including India in enhancing their competitiveness, creating a policy framework to link up better with the global value chain and provide technology and policy support in the area of legislation and legal framework.

Maharaj said enabling and supportive policy environment are critical and the Commonwealth Secretariat is working day in and day out to provide support to its member countries in this area.

On opportunities for India post Brexit, Maharaj said India already has a very large amount of trade with the United Kingdom. India in terms of larger economies is one of the fastest growing economies in the world with growth of 7.1% last year.

“As a Commonwealth we have a very string trade team and they are ready to provide technical support and policy leadership but first what is important is that the member countries take the leadership role,” he said.

During his key note address at the Summit, Deputy Secretary General, Commonwealth Secretariat, said “This Summit is timely as we seek to boost intra-commonwealth trade. Amidst the slowdown in the global market, there is as advantage in commonwealth bloc called the Commonwealth Advantage.”

Maharaj said, “In March of this year, the Commerce Secretary and Trade Ministers of Commonwealth affirmed the importance of need for intra-commonwealth trade and investment to be diversified and deepened.”

“The urgency for doing so propelled by the un-presedentant slowdown in world trade which has affected the trade performance of most commonwealth countries,” he pointed.

The world trade expanded by only about 1.7 per cent in 2016 which was significantly below of average growth of about 6.5 per cent over almost three decades in 1980 to 2007 and prior to global crisis.

World export of goods and services contracted by USD 2.8 trillion in 2015, a decline of almost of 12%.

He asserted that India being the largest Commonwealth member in terms of population has an important leadership role to play and I must say India is playing that leadership role.